In life, thin margins are often the deciding factor in decisions and outcomes.

There often isn’t a great deal between certain things, but the way society perceives them is hugely different.

An example of this comes with treating people with schizophrenia and people who claim to have psychic powers.

Both groups are known for hearing voices, but the acknowledgment and treatment of these cases are markedly different.

While not everyone supports psychics, there is a commercial demand for the activity and social acceptance in many cases.

In reassessing how society views psychics and how these people manage their capabilities, is it possible to gain a greater understanding of people managing schizophrenia?

Schizophrenia is a mental health disorder that affects a person’s ability to think, feel, and behave clearly.

Schizophrenia is a chronic and severe mental illness that can cause psychotic symptoms, such as delusions and hallucinations.

People with schizophrenia may seem like they have lost touch with reality. Schizophrenia is a complex disorder usually characterized by four symptoms: positive, negative, cognitive, and psychosocial.

Schizophrenia is a treatable mental illness, but it often requires lifelong treatment.

People with schizophrenia often need medication, therapy, and support from family and friends to manage their symptoms and live productive life.

Information provided by the Office for National Statistics (ONS) suggests one in six people in the United Kingdom will receive mental health treatment at some point in their life.

2017 information from the Royal College of Psychiatrists indicates 1 in 100 people will suffer a schizophrenic episode.

This is a major illness, and in 2014, it was found that at any given time, around 220,000 people were receiving NHS treatment for schizophrenia.

A major cause of concern with the illness, as highlighted in a 2005 study titled The Lifetime Risk of Suicide in Schizophrenia: A Re-examination, people diagnosed with schizophrenia have a 5% to 10% greater chance of dying by suicide than the general population.

This means people diagnosed with schizophrenia are two and a half times more likely to die in this way than the general public.

While this is concerning, there is cause for optimism in the treatment of the condition.

A 2013 study called Surviving Schizophrenia says 25% of people who suffer such an episode recover completely with no other issues.

With modern medication, it is possible to reduce the risk of relapse to around 10%.

A psychic claims to have the ability to see into the future or extract information from other people’s minds without using ordinary senses.

Psychic readings are often done for people who want guidance about an upcoming event or decision.

Psychics use their abilities to foresee events or interpret people’s thoughts and feelings to give advice.

Some psychics claim to be able to communicate with the dead or with otherworldly beings.

There is no scientific evidence that psychic ability exists, and interpreting psychic readings is often subjective. We covered questions to ask a psychic in an earlier article.

Similarities in people suffering from schizophrenia and psychics

While these two groups may seem to have little in common, there are several similarities.

Both schizophrenia and psychic abilities can be challenging to define and diagnose, and both can be highly individualized experiences.

In addition, both schizophrenia and psychic abilities can be associated with a sense of isolation and out-of-body experiences.

However, for most people, the most common factor between the groups is the admission of hearing voices.

Approaching the matter with an analog mindset, it is tempting to conclude that schizophrenia and psychic abilities are similar because these groups hear voices, and most other groups don’t.

A paper published in 2017 in Schizophrenia Bulletin takes a different approach.

The paper, entitled “Varieties of Voice-Hearing: Psychics and the Psychosis Continuum”, posits that hearing voices occurs on a spectrum, as opposed to being an issue that is categorized between the people who do and the people who don’t.

A key study involved testing psychics in an attempt to uncover fraudulent claims but determining many heard voices similar to the way schizophrenic patients do.

The vital differences were:

The abstract of the paper defines this line of thinking, stating;

“Hearing voices that are not present is a prominent symptom of serious mental illness. However, these experiences may be common in the non-help-seeking population, leading some to propose the existence of a continuum of psychosis from health to disease. We introduce a new study population: clairaudient psychics who receive daily auditory messages. We conducted phenomenological interviews with these subjects, as well as with patients diagnosed with a psychotic disorder who hear voices, people with a diagnosis of a psychotic disorder who do not hear voices and matched control subjects (without voices or a diagnosis). We found the hallucinatory experiences of psychic voice-hearers to be very similar to those of patients who were diagnosed.”

The study found some clear differences between the groups:

People who identified as psychics were more adept at acknowledging or dismissing voices, and these people were much less likely to seek medical help for the matter.

This is partly because, while not wholly positive, there is public tolerance and acceptance of psychics.

People who heard voices and who identified as psychotic were less in control of these voices and were far more likely to seek medical assistance.

For these people, public perception was negative, and it is likely that loved ones would encourage them to seek help for the issue.

What separates the groups?

The perception of danger is a critical factor between the two groups.

There are some concerns over psychics taking money on circumspect grounds, but often, these performers offer entertainment services as opposed to genuine life advice.

There is no threat of immediate physical harm when meeting with a psychic.

Sadly, this isn’t the case regarding people with schizophrenia, with public perception focusing on incidents where the person acted violently or irrationally.

The element of control, as found in the study, is relevant and ties in with the notion of a spectrum, as opposed to a binary state.

The vast majority of these people will not meet medical illness criteria.

Psychics with the ability to “turn on and turn off” voices are closer to people without this ability. Studying psychics might provide invaluable insight into better treatment for schizophrenia sufferers.

A 2022 study published in the Schizophrenia Bulletin, entitled “Voice-Hearing Across The Continuum: A Phenomenology of Spiritual Voices”, references the level of control, and a lack of distress, as being crucial differentiating factors between psychics and schizophrenics.

An interesting finding from this study was that among non-clinical voice hearers (NCVH), hearing voices came before they developed a spiritual outlook. Whether this suggests the affliction led them to use their power to help others or as a way to monetize it is unclear.

Still, it creates another similarity between the groups.

If a person decided to act as psychic and developed skills that allowed them to communicate with other realms, it would likely be a skill or trait that others could develop.

With the attribute coming to them first, it draws a parallel with those who seek medical help, with both groups experiencing voices through no initial desire or act of their own.

Returning to the study of Powers and Corlett, they undertook tests on three groups:

The test involved light and sound, with the sound reducing in volume before it eventually stops. However, even when there is no sound, the brain perceives that there is sound.

The test is capable of inducing a hallucination, where someone hears a sound even though there is no noise.

When compared to the non-voice hearing group, psychics and people diagnosed with schizophrenia were five times more likely to hear a sound when there was none.

The test also included brain scans, and across the two groups, the same parts of the brain were activated when there was a perception of sound when nothing was present.

It is hoped that in the future, treatment will introduce brain activity that causes hallucinations and behavioral activities in people, thereby preventing a psychotic episode.

Corlett states, “I’d say we’ve made a massive leap forward in terms of conceptual understanding, and what we’re trying to do next is turn that into something useful for patients.”

Successful management of schizophrenic issues will bring significant benefits to people diagnosed with the disorder and their loved ones or close community.

There is also a belief that society will benefit, too, with safety perceptions and a feeling that people in need of assistance receive the help they need.

While psychics will always split opinions, and some parties will never believe them as genuine, studies in the past decade suggest the skills and attributes of psychics could unlock a greater understanding of managing schizophrenic situations. 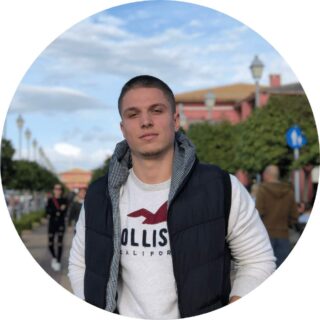